In the year 2018, the Home Office had constantly been under attack for its treatment towards immigrants. The predicament prevailed across the country until an allied judgment of the Court of Appeal was pronounced which ruled that the department’s decision to refuse leave-to-remain applications from those individuals was legally flawed and that the applicants had not been provided with a fair opportunity to dispute the charge. However, things took an unexpected turn when the Home Office came up with a scrupulous Guidelines for its caseworkers.

People with leave to remain under Tier 1 Points Based System (PBS) can apply for Indefinite Leave to Remain (ILR) after five years’ residence in the UK and if they are able to demonstrate, among other things, English language ability, education and earnings. Every application for an Indefinite Leave to Remain will be then considered under the conditions as given under the Immigration law, to check eligibility of the respective candidates.

PARAGRAPH 322(5) OF THE IMMIGRATION RULES

Paragraph 322(5)[1], among others in paragraph 322, forms part of the General Grounds for Refusal, contained within Part 9 of the UK Immigration Rules. Of late, ILR applications are increasingly being refused under sub-section 5 of this paragraph, which says that the leave to remain should normally be refused on the following:

“(5) the undesirability of permitting the person concerned to remain in the United Kingdom in the light of his conduct (including convictions which do not fall within paragraph 322(1C), character or associations or the fact that he represents a threat to national security;”

The primary object of paragraph 322(5) is to weed out those persons who could be considered as a national threat to the UK. In addition to that, ‘Earning discrepancies’ have been cited by the Home Office as a ground to reject ILR applications.
WHAT ARE EARNINGS DISCREPANCIES?
The Tier I (General) Migrants (T1GM) scheme used to have the PBS, whereby points were awarded according to the applicant’s education, earnings, English language ability, etc. Although, it was rampantly usual for people to claim exaggerated amounts in their earnings to gain more points to the Home Office, but to show lesser amounts for taxing purposes to Her Majesty’ Revenue and Customs (HMRC).

However, a controversy arose only when the Home Office started citing these discrepancies to impute deception or dishonesty on the part of the applicants, thereby bringing them under the purview of the above rule/paragraph, to reject a number of ILR applications. Since 2016, around 1700 skilled workers were threatened with deportation for making legal amendments to their tax records.[2]

In Ashish Balajigari and Ors. v. The Secretary of State for the Home Department[3], pronounced on 16th April 2019 by the Hon’ble Court of Appeal (Civil Division), generally gave relief to T1GM whose applications for ILR were refused for being ‘dishonest’ under paragraph 322(5) of the Immigration Rules due to ‘earnings discrepancies’.
DECISION
The Court primarily held that the general approach by the Secretary of State for Home Dept. refusing ILR applications by T1GM using paragraph 322(5) of the Immigration Rules, citing “earnings discrepancies”, without giving the applicants a fair opportunity was legally flawed. Some of the other relevant observations:

Balajigari judgement, nonetheless, ruled the practice of refusing ILR applications due to false representations as lawful and valid. Yet, more on the positive side, the Home Office was forced to increase the fairness level in the whole procedure. The new Home Office Guidance and the introduction of ‘Minded to Refuse’ procedure could be seen as the best outcomes.
‘MISTAKE’ DIFFERENTIATED FROM ‘DISHONESTY’
The Home Office Guidance due to the Balajigari decision has given due importance to the concept of innocent mistakes. The Guidance has instructed that while considering the usage of public policy grounds, they shall consider both whether there has been a false representation (i.e. the caseworker is satisfied that dishonesty or deception is involved) and whether the conduct is sufficiently serious. The caseworkers are supposed to assess whether there was incorrect information and whether that was a false representation, but not a mistake.
‘MINDED TO REFUSE’ NOTIFICATION
The ‘Minded to Refuse’ notification was introduced by the Home Office in the new Guidance on False Representation in October 2019 as a measure to increase the procedural fairness in the process of perusing ILR applications. The notification is sent only when both the following conditions are satisfied:

The response by the applicant can be through a personal interview or by letter within 14 Calendar Days, typically. The Home Office’s final decision would then be based on the response of the applicants.

The end result, though seems fortunate for those migrants whose ILR applications were rejected baselessly and those especially staying inside the UK who were desperately in need of relief, in reality, appears to be nothing but the tightening of grip by the Home Office. Effectively, there has been no change in the grounds of considering ILR applications, other than a minute raise in the fairness level owing to the ‘Minded to Refuse’ procedure. Regardless, by now, its perspicuous that, the precedent set by the judiciary is pretty strong and will definitely prevail over any probable future interruptions that may emanate from the Home Office.

A genuine difference/mistake with respect to your tax returns/ILR application may cost you a lot. You may suddenly be told not to reside in the UK owing to “Bad Conduct” on some “unlawful and irrational” grounds. At times, not even a ‘minded to refuse’ letter would be send to you offering a chance to explain your innocence. At this point, realise the elephant in the room and seek help from the right solicitors. And if its, expert advice and opinion on replying to ‘minded to refuse’ letter, administrative review, appeal on human rights grounds or Judicial Review, act now, we are just a click away for your assistance! 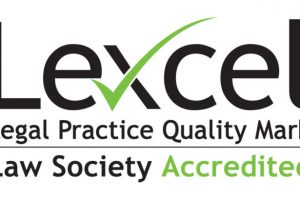